Hello, I’m fedellen and welcome to my 12th devlog entry. The goals this week involved pushing Sonar Smash’s Apple review, preparing an update for Astral Defense, and beginning the concept stage of our next project. A bunch of little tweaks and bug fixes were implemented this week and I had a couple unexpected walls to climb to compile a version that Apple would review. I’m happy to say that the review is now underway and we’re working on a fresh project!

During the final stretches I encountered a couple new problems with running Sonar Smash on iOS devices. I discovered that there is currently an instant crash issue using Xcode 11+ and Stencyl’s [request info for product with ID] block on devices running iOS 13+. After browsing through engine’s GitHub files for hours I realize the problem is quite a bit out of my league; although reading through that much code was a very nice haxe learning experience. Thanks to a Stencyl forum post I’ve downgraded to Xcode 10.3 and everything seems to be functioning fine for now.

​After that little situation was solved, we continued to receive an auto rejection email from Apple with an error code related to a deprecated API usage. I reached out for help on the Stencyl Discord and was led to the UnityAds extension we’re using. UnityAds recently made an update to remove UIWebView APIs but the extension has not yet been updated. Continuing to reach out for help, I made an issue on GitHub which was quickly solved by the creator byrobingames. During all of these steps we found a few more bugs to squash and abonbon polished numerous graphics.

On the side I found some programming time to work on the update for Astral Defense. I always prefer to do the hardest part of any project first. That being said, my first step was the go through every line of code to change all sound effects to use a new custom block I’ve ported over from Sonar Smash. Luckily, Astral Defense is a pretty tiny game so this resulted in only a couple hours of work and really helped me “re-understand” the project. The reason for all of this was because the way Stencyl sets volume for channels has changed since Astral Defense’s release. In addition we added some info splash screens, a cross-promotion button for Sonar Smash, and put in a new rate button .

Next up were some changes to the game play, including our new Touch Control system imported from Sonar Smash. The pacing of Astral Defense has been vastly increased. All enemies are available to spawn on wave 1 and every wave has more enemies. There was also a little problem with the player getting to strong from infinitely stacking the Fire Rate buff. I fixed this up by capping Fire Rate at a .22 sec cooldown and rewarding the player with 20 score to compensate. With the Touch Controls being implemented, I greatly increased the player’s base speed and acceleration once again. I don’t intend to release this update for awhile as the Sonar Smash buttons won’t work quite yet. 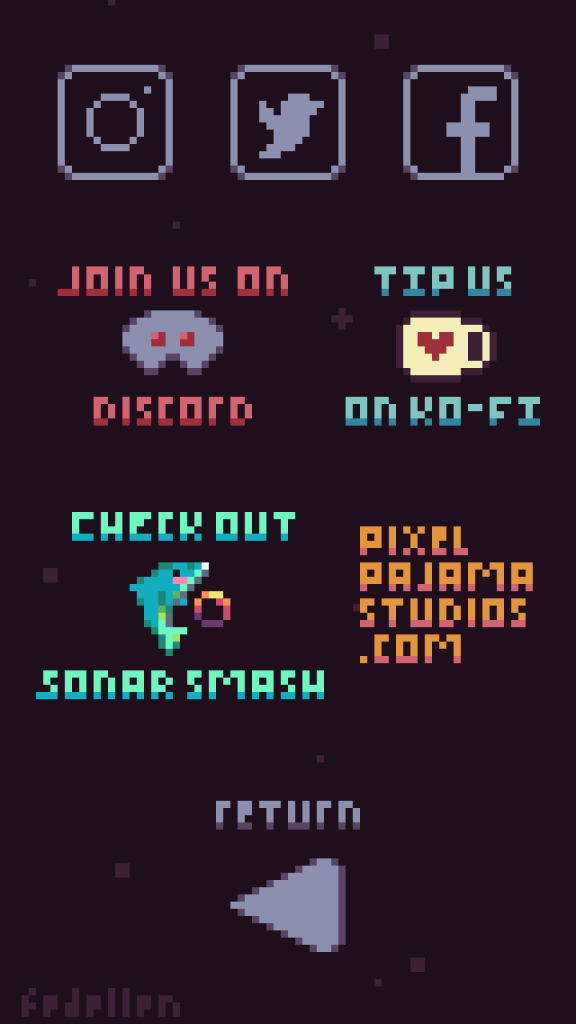 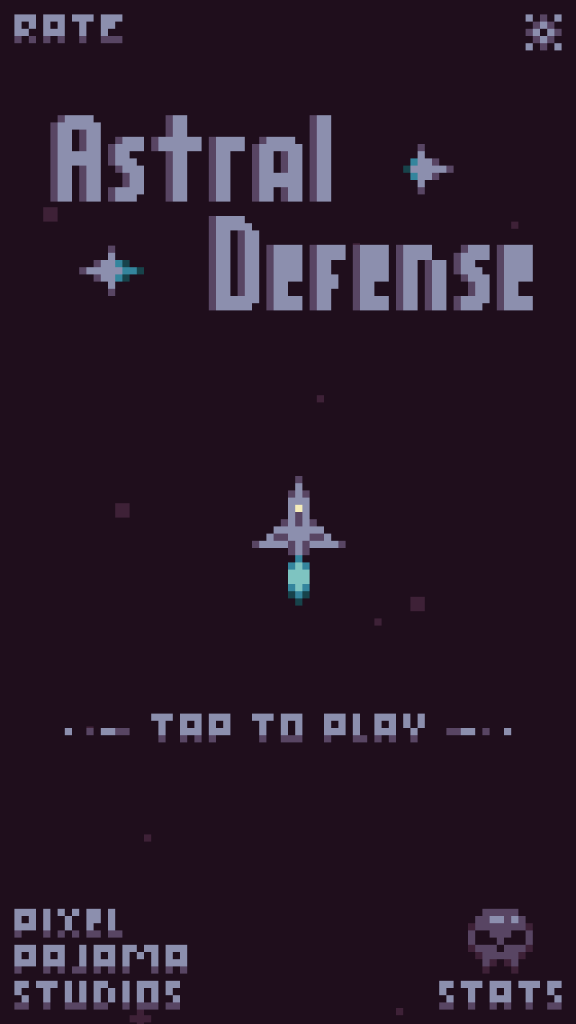 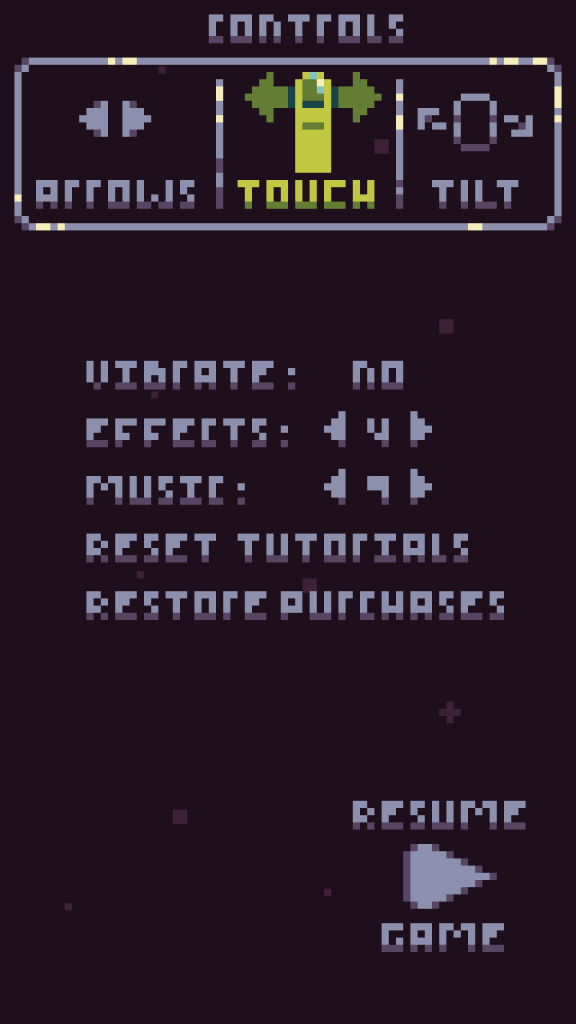 Unless something unexpected comes from the Apple review we’ll be moving ahead on our next project. We did do a little concept work and we have a tiny prototype where I’ve been trying out some ideas. Our resolution is going to be much larger for this one and our palette greatly expanded. The goals this week are to improve our game design document, smooth out and try new movement codes, and to make more sketches for sizing/concept purposes. In addition, upon a successful Apple review I’ll be doing some e-mail marketing and pushing our release date announcement with our trailer for Sonar Smash.