Hello! I’m fedellen and welcome to my 18th devlog. With the launch of Sonar Smash almost a month away, marketing our upcoming game has become my main focus again. Unicorn Runner development will continue throughout our marketing efforts but at a slower pace. Our main goals this week for development involved adding some more fun gadget mechanics, coming up with a title, and mocking up a title screen; all of which are still work in progress.

I’ve decided to start making a small beta game play video every day leading up to launch; or at least most of days as we do have some additional content prepared closer to launch. My pipeline is pretty fast with a template set up for each video but it also takes some time every day to post them on all of our social media feeds. The goal is to get all of our accounts looking very active, create whatever buzz our social media accounts are capable of, and get more pre-registrations. This also adds to the amount of Sonar Smash content out there.

We had a run of 250 stickers of our feature graphic with a working SonarSmash.com printed alongside. We’re super excited they’ve arrived so quickly and have already begun placing a few of them — we love them! There are a few places locally we’re going to try stick them as well as a gaming store we’d like to promote at. After having some interest about them on Twitter we’ve also decided to open up an Etsy page for potential supporters to buy some stickers. We’ll also be using them in some upcoming giveaways for some more promotion potential.

Continuing with the daily grind theme, I’ve been trying to make at least one jumping puzzle event per day to add to the procedural generator. There are some pretty cool puzzle combinations that can happen but I have some more back-end work to balance the spawns up a bit more. With the exception of the yet to be added Star Mode, all of the physics based gameplay mechanics and gadget abilities are now functioning in game but need some tweaking.

I have a very rough mock-up of our title screen and pre-run selection screen to help visualize how the game will flow and what assets we’ll need. Soon I’ll be prioritizing making more sketch files for the various menu screens we might need and other aspects to start the overall iteration process. ​We’ve been doing some serious thought on our title and our current favorite is Rainbow Sparkle Time. Or maybe Rainbow Dream Ride. Possibly Rainbow Spirit Riders. ?? 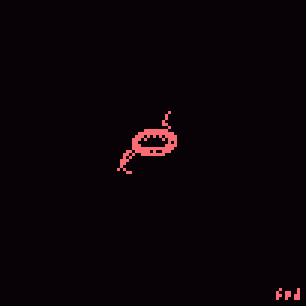 We’ll have split goals for the upcoming weeks as Sonar Smash’s launch gets closer. On the marketing front, I’ll be doing my best to spread more review keys around, continue filling our social media feeds with content, and put dolphin stickers on things. For unicorn runner development my hope is to get our title finalized, push my title mock-up into the game, make more puzzles, and redesign the sky scenes a bit. I also hope to keep up the pace with making my pixel daily practice doodles.