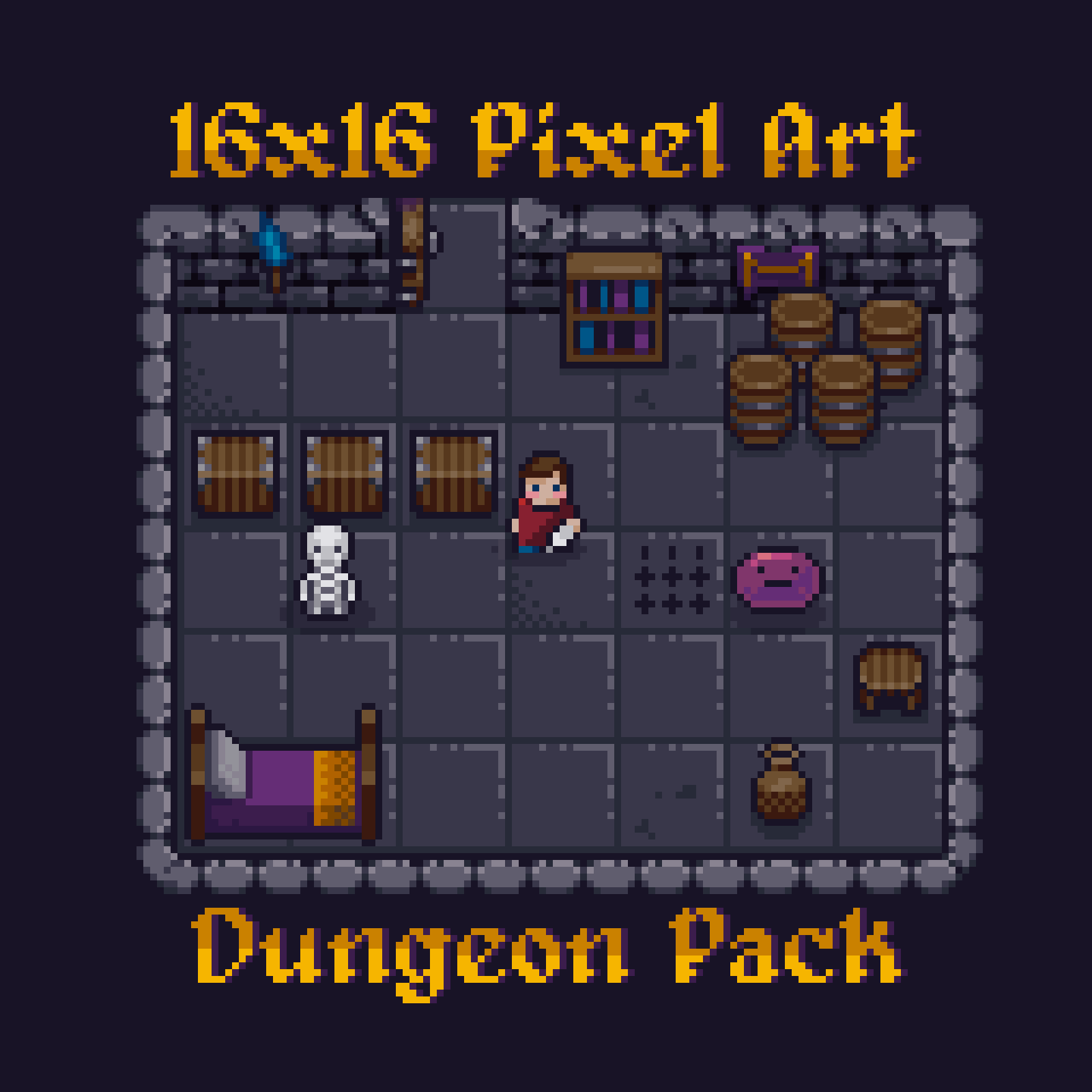 Hello, I’m fedellen and welcome to my 21st devlog. I’m proud to announce that we’ve released a little HTML5 demo called Doomridge Dungeon and along with a 16×16 Pixel Art Dungeon Pack! Doomridge Dungeon is an endless hack and slash dungeon crawler where you descend into a labyrinth full of traps and monsters. Its been a couple of months since my last post and we’ve turned directions several times.

Originally we were working on a Sonar Smash bosses update hot on the heels of our Apple Feature. Unfortunately while downloads soared, monetization was fairly stagnant; so priorities have shifted towards making something new. Through mid-June I really dug into Rainbow Sparkle Time’s code and design. Things are actually getting pretty fleshed out and that game is a lot closer to finished than it was in my last post.

Recently we’ve also begun learning Blender and Unity to broaden our skill sets. We have both completed a couple Blender tutorials including Andrew Price’s awesome donut tutorial and MortMort’s lowpoly tutorial. Along the way I was tinkering around with some Unity tutorials and have written some of my first ever C# scripts. Unity is very widely used so it’ll be really good to have it as part of our portfolio.

Also in an effort to expand our portfolio and market ourselves to different audiences, we’ve decided to make a few asset packs and free demos to go along with them. These projects can certainly be expanded into full games later on down the road.

The first of these projects is Doomridge Dungeon. This was really good practice for both of us as we’ve never worked in a top-down environment. Not only that but we have significantly upgraded our collaboration pipeline; which is actually a pretty awesome deal as it saves both of us a bunch of time. Coding together the demo so quickly and confidently was a really good feeling for me. And leaving it titled as a demo allowed me to call it finished far sooner than I would have otherwise.

This game is no longer being developed and we are moving on but if we were to expand this game in the future I have plenty of ideas. I would probably include multiple new hero characters which would represent different “classes” along with a leveling progression system and individual stats. With this we’d expand the amount of dungeon types and new enemies to go along with those. The coins would serve some purpose in the form of a vendor form that I’d add in some basic equipment to. And lots of many more things and stuff, I should write this all down some day. 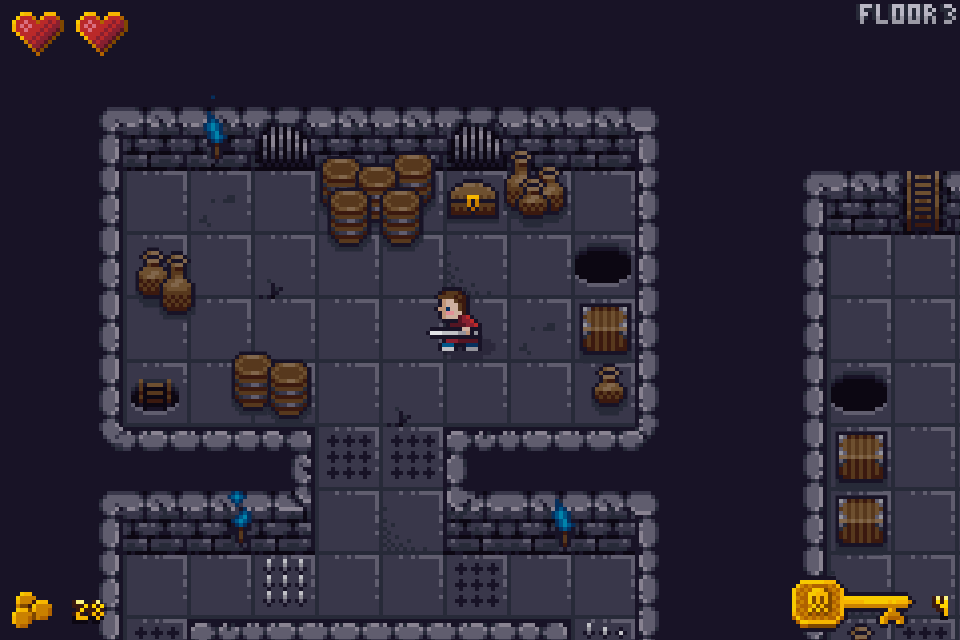 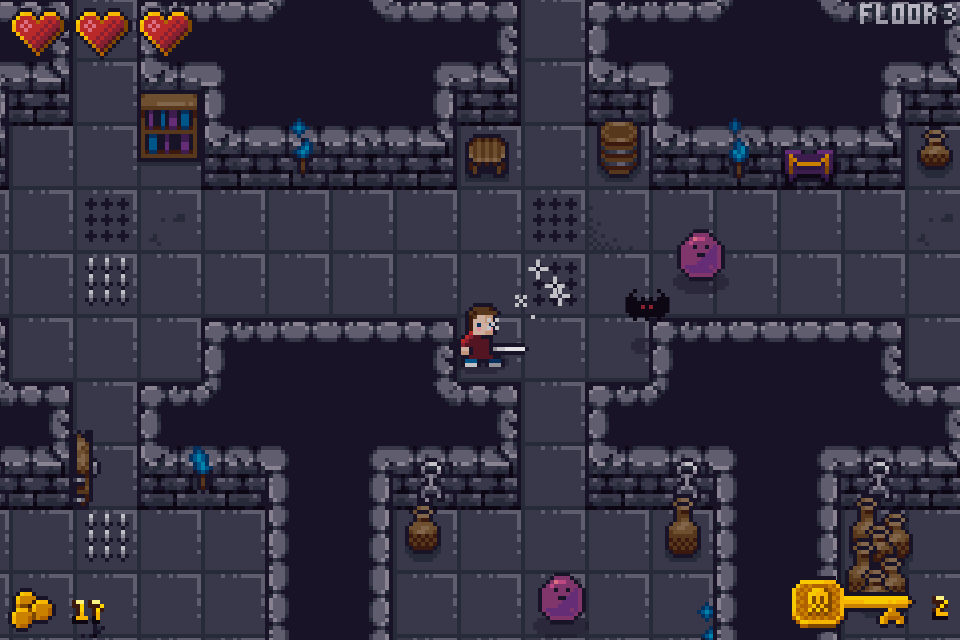 There are quite a few directions we might go from here. One of the directions is fleshing out another asset pack and demo combination, which is looking to be some sort of farming RPG. There is a possibility that game would be built in Unity with a pixel-art 3D based environment — which in itself would be a huge learning experience and portfolio builder for us. Rainbow Sparkle Time and the Sonar Smash bosses patch are absolutely still part of the picture but will be on hold for now.