Happy Monday! I’m fedellen and welcome to my 7th weekly devlog. The main goal this week was audio balancing and sound design. While we did made changes to two sounds we completely switched gears and pushed out our Community Beta. With this came three days of finding all the game breaking bugs and produce a version both abonbon and I were happy with sharing to our community. In addition this week I have began coding together a pretty large achievements system, created some leaderboards on iOS, and we have opened up our Ko-Fi page.

Right away this week our top priority became getting a community beta-ready version compiled. Last week we had implemented a new type of pregame selection wheel which needed some polishing still for new users to understand. For me this also included making its functionality faster by changing the transitions from .33 secs down to .15. We also added some blue indicators around the item categories you have items for making it much easier to select what you want and get right into the game.

We compiled a bunch of different versions over three intense days of squashing tiny little bugs around the game. Although still a work in progress, the result is something pretty special and we hope people will really enjoy it. Our strategy with doing a “community” beta is simply to reward our most engaging followers with playing our game early. As such there are no plans to monetize our beta but we did decide to open up a Ko-Fi page as a way of supporting our game development. The idea is to have it linked next to our “remove ads” button in our released version. 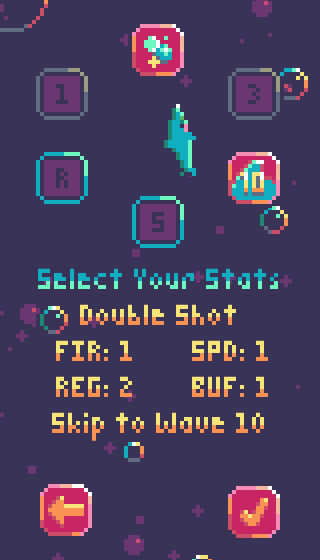 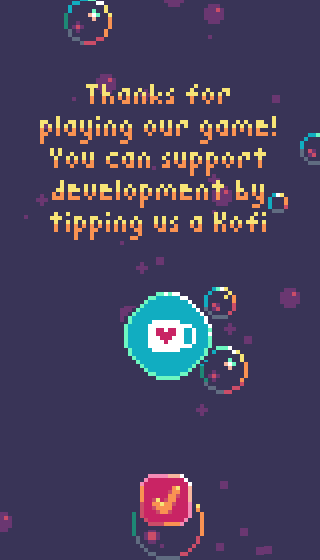 Next on my programming list was leaderboards and achievements. Game Center was remarkably easy to set up with Stencyl and while I haven’t fully tested it yet I believe all my iOS leaderboard coding is finished. Right now I’ll just be setting up boards for Highest Wave and Top Score. I intend to begin setting up Google Play Services this week but I’m a bit terrified as I have had a few problems setting it up previously; hopefully I’ve learned from my mistakes. Once the app is successfully linked it should just be relatively easy to set up.

The achievement system is looking to be a pretty large system yet to code. A couple easy ways I’ve researched would be to just make a button that links to the Google Play / Game Center achievement screen or by just including a very small amount of achievements. But all that aside I’ve decided on a full scale achievement system with 60+ achievements all with their own in-game rewards. Our document on the subject is now rather large and the maps I’m filling in are a bit daunting but I really think it’ll be worth it. We’ll be using the already coded reward chests as a way of distributing the loot and I’ve begun piecing together the pipeline to display all names and descriptions. 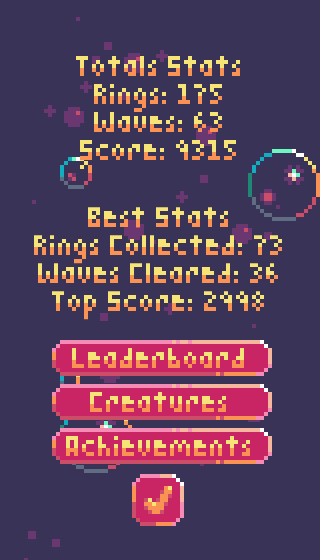 Sound effect design is still an ongoing main goal. Slowly the game is starting to sound pretty good with balancing the sounds little by little. As we play with more and more sounds we find the places sound is “missing.” Achievement coding is also underway and will continue to be a goal of mine. Our goals may shift towards some holiday celebrations as we begin our family vacation on Saturday. On that note its likely I’ll be skipping next Monday’s devlog unless I can prepare something ahead of time.